Things have been insane since quarantine began, but there are some good tidings to share, which I’ll be going into now. I didn’t want to make a full disclosure until things actually happened, because life has a nasty habit of putting a damper on things. Anyway, here they are.

First, my PC is finally repaired, at least for the time being. My power supply unit is in need of replacement as it has been making grinding noises for some time now indicating that the fan is going. So I still need to invest in further repairs and replace my dying laptop with a model that is capable of handling heavy duty video editing for my YouTube channel. In the meantime, I intend to continue investing in my YouTube studio setup.

Second, I’m also saving toward getting my own apartment. I’m done having to rent rooms in other people’s houses where they feel at liberty to steal my belongings, break them, discard them, use up my toiletries and food and other of my personal possessions, and disrespect me at every opportunity. I pay rent for lodgings, not to take abuse.

Third, I’m getting more involved in my community as a result of my job in ways I haven’t been able to do in many years. If the disasters of the past two decades have taught us anything, it’s that the system in which we all live is unsustainable for human survival. We simply cannot continue as we have. We need to make systemic changes or our species will be extinct by the end of the century if not much sooner.

That’s all for now. I’ll keep you, readers, updated as time and circumstances allow.

Things have been pretty shitty since quarantine began, but with any luck, this week might see some improvements. You’ll find out when and if they happen.

So yeah, Ohio is on official lockdown until at least 6 April 2020. No thanks to the degenerate Drumpf, Coronavirus is here in the United States and it is ravaging the nation with every state in the Union reporting hundreds of confirmed infections and tens or even hundreds of thousands of suspected infections.

To make matters worse, my desktop computer is dead, so I’m forced to work on my laptop that is also going on me. I’m fortunate that my new job is still paying staff while this pandemic has us confined to our homes, but that could change depending on how long this thing goes on. But even if my job does continue, it’s only scheduled to last until October, at which time I’ll be unemployed again in the midst of a global pandemic that could see a death toll in the tens of millions. The U.S. could very well collapse by year’s end, if not sooner.

So here I am, sitting at my dying laptop, bored out of my skull and trapped in a situation that is killing me spiritually by the day. I can’t go out and create with my photography like I want. I can’t grow my business without an influx of capital. And even though I’m employed and getting paid, it’ll still take decades to save enough for what I need.

I swear, it’s like God has it in for this world.

I’ve been watching this guy’s videos for a while now, and I knew from what he’s said in his videos that he’s been working on getting his book published. Well, today he posted a video explaining the achievement of hid goals and why he made the decisions in life that he did. It’s gotten me refocused on achieving my own goals in life. Come hell or high water, I’m going to keep trying, even if it takes me the rest of my days.

I will achieve what I want in life. Count on it. The haters will hate no matter what, and to hell with them. I never have and I never will care what they think of me, and I will never let the lies they tell about me to anyone they hope will believe them stop me.

It's not my fault.

This woman won’t leave! My children and I are now prisoners in our own home!

My restraining order was denied!

My family is now facing a 3 day eviction because she’s a violation of our lease.

You can see the full story here!

Sign the petition to help end squatters rights and get this criminal out of my home here!

My children and I may have to move and are raising money. You can donate here. 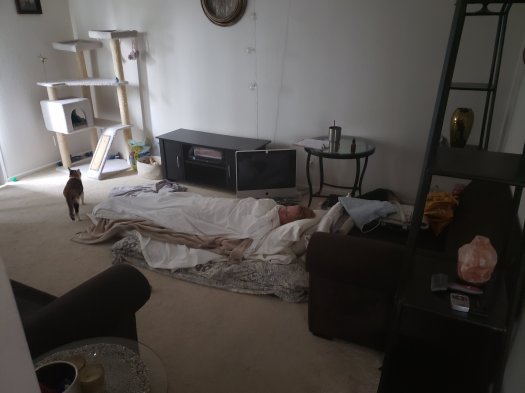 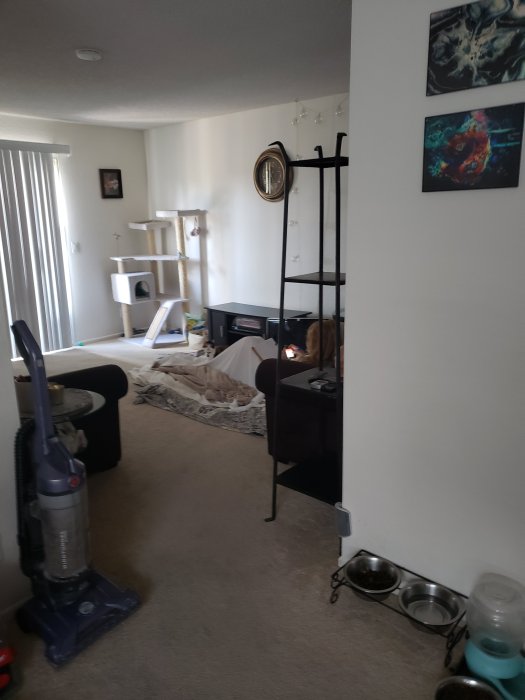 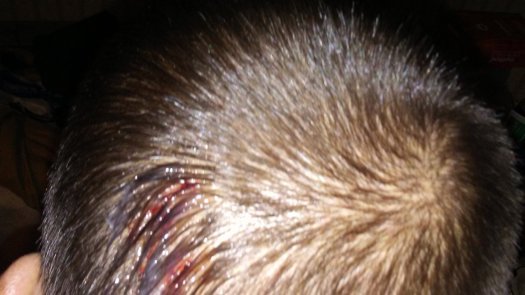 So yeah, last night as I was waiting for the bus as I returned from a church potluck dinner, a couple of teenage punks ran up and whacked the back of my head from behind as they passed by. There wasn’t much in the way of damage—a few small cuts, only one of which required a single staple to close up, and bloodied clothes especially my late dad’s spring jacket—but this is annoying as all hell. Now I have to figure out how I’m gonna pay for dry cleaning for Dad’s jacket.

And it seems I’m not the first, and probably not the last, person they did this to last night. As I was waiting in the E.R. to get the staple put in, the doctor and nurses informed me that there were others in the E.R. who’d received similar injuries from persons fitting the same description.

I made a statement to the police and hope to hear back, but it’s sad that teenagers are so devoid of discipline and empathy in this country. I blame bad parenting and a sick, depraved society that encourages such behavior.

Musings On My Life
Blog at WordPress.com.